Planets of the Habin Sector 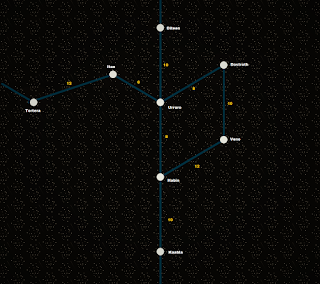 A hyperspace lane chart of the Habin Sector 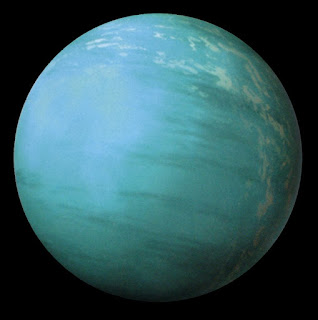 Kaabla is gas giant that houses a rebel listening post on a rocky moon. The base is only staffed by a handful of rebel intelligence officers, and if discovered they are more likely to abandon it than fight (at least at this juncture). 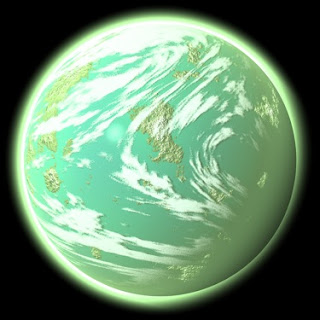 Habin is to Santorini what Tatooine is to Tunisia. It's also the capital of the local Moff and acts as a resort world for several Imperial officers. The planet is 90% water but is covered in large-ish islands that house imperial villas and small cities. The largest island, almost continent sized, is home to the capital and the Imperial garrison. The native humans and alien populations appreciate the business but are largely considered second class citizens. 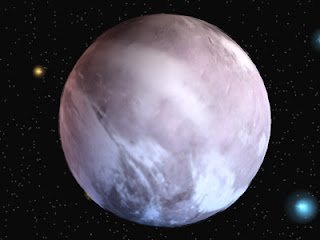 Dostroth is a cavernous rock of a planet that acts as the primary Imperial fortress in the region. Rumors say it houses an alternate cloning site from the clone wars, and that may explain the number of stormtroopers. Recently military buildup at Dostroth has been oddly high, even for a sector so near contested space. Operatives at Kaabla believe an Imperial official may have arrived their recently. 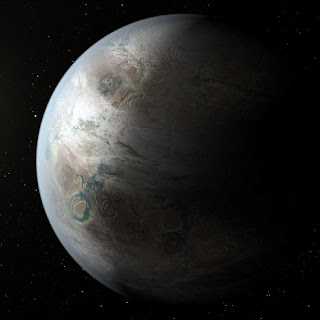 Urruro is the site of TaggeCo's current operations and the chief producer of weapons and walkers in the sector and one of the largest in the midrim as a whole. The air has been rendered almost unbreathable except by certain alien species and so a respirator will be required at all times. 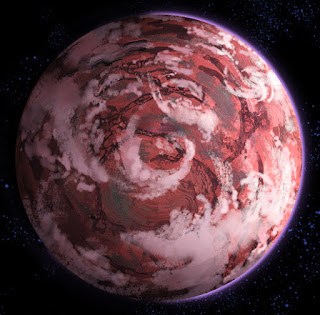 Itan the location of much of TaggeCo's operation during the Clone Wars. Now it is a nearly uninhabitable wasteland of garbage deposited by both TaggeCo and the Imperial forces. It is still inhabited by groups of scavengers and those too destitute to move. 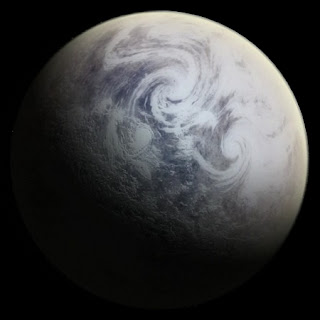 Veno is a slate gray world that acts as an Imperial Dungeon Planet. 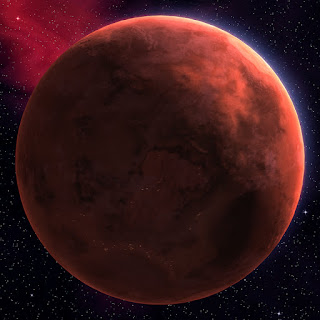 Diteen is a world that consists of a gigantic, acidic ocean, few islands, and the terraformed bubble-cities of the "natives."  Why the aliens who make this planet their home would've chosen such an inhospitable world to colonize, and to do so in such a strange way, is unknown. 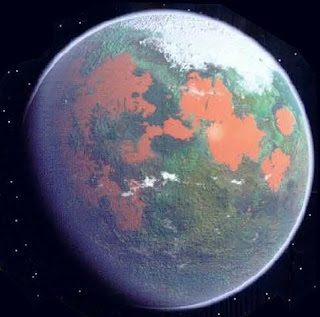 Tortera is a jungle planet and home to several small pirate fleets that plague the system. So far they have been wise enough to avoid TaggeCo and Imperial ships and thus have avoided the jackboot.﻿
Posted by Evan at 11:57 PM