The Continuing Adventures of Gawain the Inquisitor 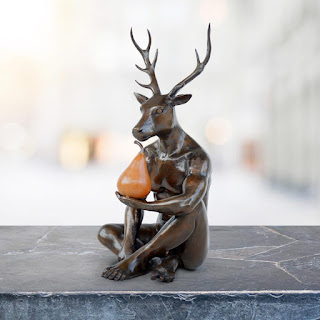 It is the 28th of Unodecember. Town pop is still doubled and the noble’s wife gave birth to a stillborn changeling. (Acquired a +1 mace from previous session, the book is a history of Nightwick, the amulet is a Darkshard Amulet only useful to pagan casters, the perfume is a magical mixture called the Perfume of Beguiling)

Ventured back down into Nightwick, almost immediately encountered a foul mound of larva (they are the lost souls of men doomed to hell) , I proceeded to dispense the holy justice of St Pryor upon them by burning the sins from them. Something demonic looked on from above until Sir Richard fired a volley at them, chasing them off. While I was administering justice, we were surprised by a group of Mongrel Men. I wanted to dispense of them as they are foul creatures and unnatural but I went along with the judgement of the party and allowed them safe passage to leave.

We went into the door they did not and encountered a room dominated by a jelly like, inky black pool full of deer men. 7 in total, several armed with mancatchers. Defeated the deer men easily enough. Upon investigating the pool, we noticed a luminous green gem at the bottom. Paul jumped into the pool to retrieve but was having some issues. I volunteered to tie a rope to him, but as I leaned over the water I was dragged in by a foul force. It clung to me like a vicious goop, and tried to force its way into my mouth. I gripped my symbol of St Richard the Prior and mentally voiced a prayer of protected. A bright burst of light freed the goop from my face and allowed to get to the surface where I was able to get out with the assistance of Sir Robert.

Paul by then had successfully retrieved the gem, and then we discovered it was responsible for the summoning and transformation of the deer men in this horrible place. In the next few rooms, we encountered a freshly killed and mounted human and goblin head, and a bunch of dregs. Easily dispatched. Followed the sound of almost meaty impacts, till we discovered a most foul creature, The Butcher. He was a solid fight but easily dispatched by our skilled party. Received 650 exp apiece, 23 platinum and 988gp.
Posted by Evan at 7:39 PM