I've obviously stolen the format from Chris Kutalik, but here are the notes for the setting I'll be using for my playtests of our medievalist game. 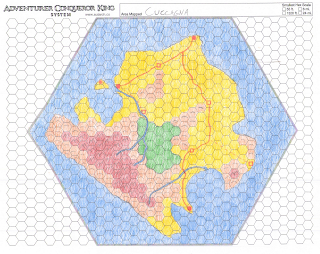 This map is a rough draft.

Cocanha
This campaign is centered around the Cocanha, a fictional island in the Mediterranean off the coast of France.  Much of the island is covered in a mix of farm and scrubland, though its southern portion is home to both a mountain range and a dense forest.  Cocanha is strongly tied to both Occitania and Catalonia, though it also possesses a Muslim past and a small tribe of Basque-like people known as the Yaones.  The people of Cocanha speak a dialect of Occitan known as Cocanhat.

PCs are likely to be members of the same knightly household.

News
Bishop Uc has formed a militia known as the Brotherhood of God with the express purpose of enforcing the Peace of God and eliminating heresy.  He has asked both of the barons to join him, but neither seems interested in stopping their petty squabbles or rooting out Cathars.

Sangriu has been the site of a number of raids by Xabier the Snake in recent weeks.  Folquet is looking for mercenaries to help reinforce his own forces and for stout men willing to find Xabier’s camp.  The knight believes that the infamous bandit is testing the border for weaknesses.

A man claiming to be the bastard son of Baron Ramon has captured the village of Ervesa with the aid of a band of Yaon mercenaries.  It seems they have slaughtered the manor’s holder and captured the maiden Anor, daughter of Baron Bernatz.  The Wolf has offered a large purse and a small manor to anyone able to rescue his daughter.

Father Perrin, chaplin to Baron Bernatz, seeks pious men to investigate the death of his brother.  Many claim that the man was slain by God on High - or one of His saints - but the priest is convinced that his death is the work of the Devil.

Boamundus, a legendary giant said to live in the mountains on the southern side of the island, has been sighted again for the first time in one hundred years.  He has reportedly been stealing cattle from the villages closest to Castel de Calanha.  Several of the manor lords seek champions to win the cattle back.

NPCs
Baron Bernatz The Wolf is the lord of Ezorre.  It is well known that he has ambitions on the continent, and he has left the island at several points to fight on behalf of his liege lord, the count of Toulouse.

Baron Ramon is the lord of Calanha.  He is the scion of a cadet branch of the Trencavel family, and like the Trencavels of the continent he is an ally of the King of Aragon.  Ramon fancies himself a troubadour of some skill.

Bishop Uc d’Alcazar is the head of the diocese of Cochana.  He is officious, petty, and fiercely anti-Cathar.

Xabier the Snake is the leader of a small group of Yaones that act as bandits operating out of the forests and mountains in the southern part of the island.

Sir Folquet of Sangriu is a banneret to Baron Bernatz and the man usually tasked with leading any of the baron’s forces left on the island while the Wolf is fighting his wars on the continent.

Father Perrin is Baron Bernatz’s chaplin and also serves as secular ruler of the barony while his lord is away. 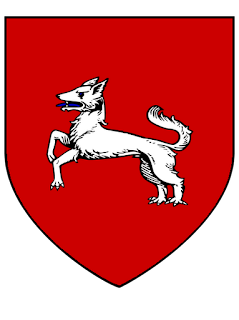 The Barony of Ezorre
Castel d’Ezorre
The seat of Baron Bernatz and the center of government for the entire barony, Castel d’Ezorre is a stone castle of modest sized on the northernmost tip of the island.  Ezorre was originally a timber castle built in the ruins of an old Roman fort, Bernatz’s father had it rebuilt and incorporate much of the Roman architecture into the new structure. 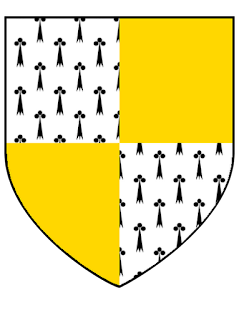 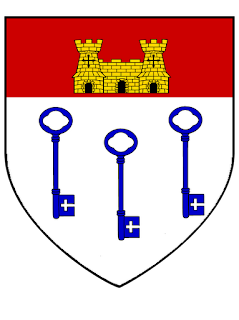 Alcazar
Alcazar was the center of government on the island during its occupation by the Moors.  It still acts as both the commercial and religious center, and is the easiest place to find passage to the continent or to the island monastery of Lampisors.