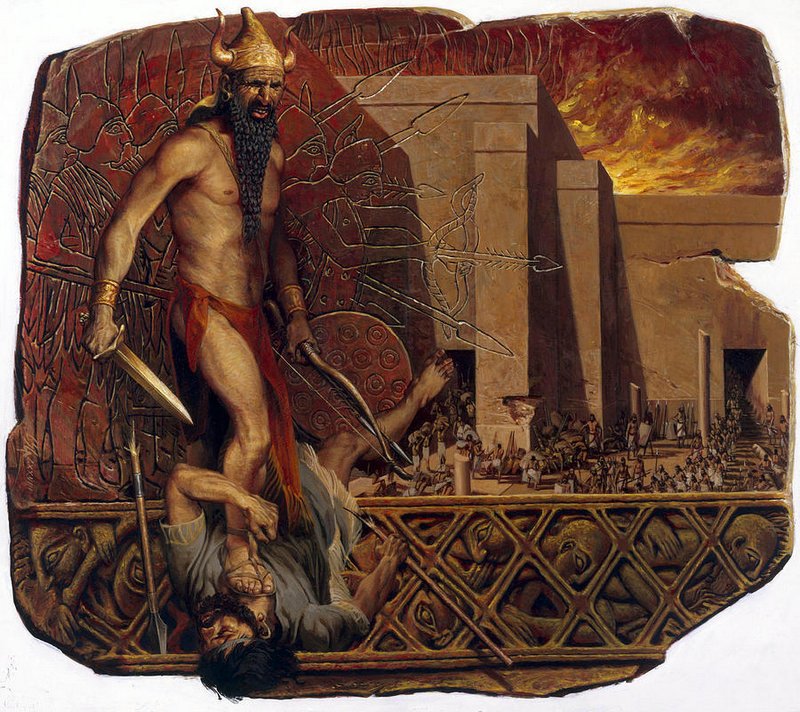 In the distant time of the Future/Past, men lived and loved... and died!  In the deserts of the dawn of time and the doom of the world, man built the greatest city of all.  Uz! The First City of Men. Uz! Whose horrid fire god called for the sacrifice of babes.  Uz! Whose armies stretched across the Desert of Demons.  Uz! Whose towering ziggurats blotted out the sun.

You've read about it, now experience it for yourself.  See Mu-Tants, the slave race from an alien planet long destroyed!  Visit the forgotten ruins of the Wastes of Rust!  Tremble in terror at the excesses of the Dero, savage beings from the Earth's core!  Gasp at the unspeakable rites of Moloch! Witness the last days of Man!

Uz is coming to a G+ Hangout near you every Monday at 8:30 CDT.  For more information contact me at evan.van.elkins@gmail.com

*Based on theories developed by the finest minds of the History Channel.

Bring Me the Head of William fitzWilliam: a Feudal Anarchy Playtest Campaign 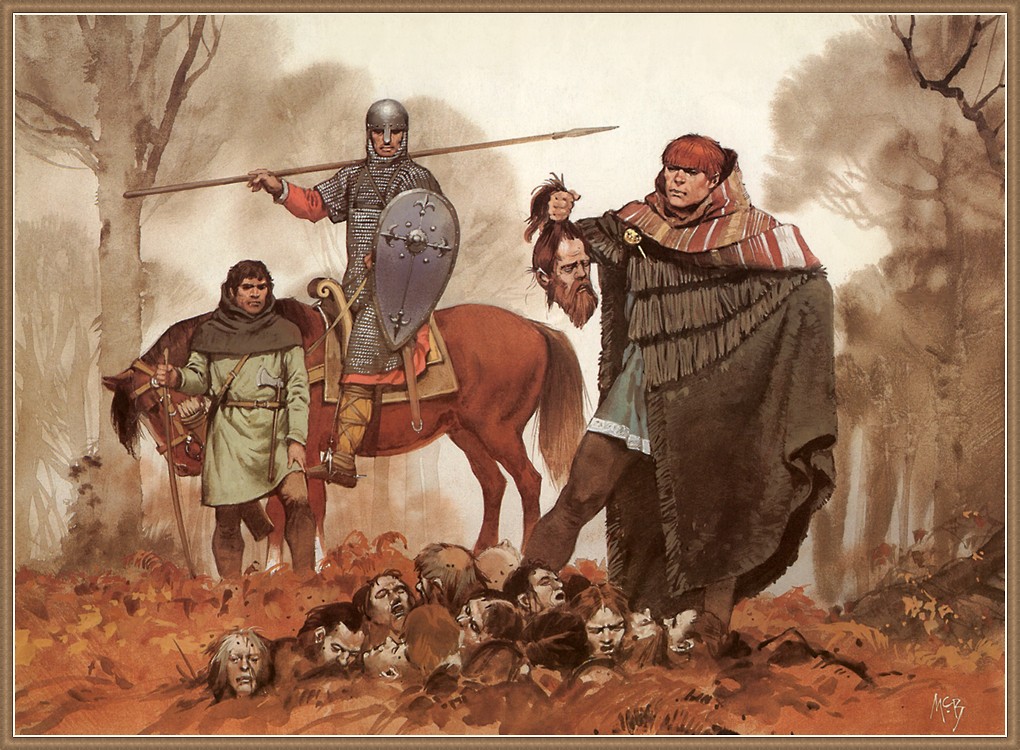 In the name of the pretender Maude and with hatred for God in their hearts they broke the King's peace.  They razed manors belonging to his lords, looted God's churches when the priests said they supported the rightful king or refused to take sides, and even, it is rumored, kidnapped women to ransom back to their husbands to fill their meager warchest.  In this way the terrorized the Severn Valley and all of its good-hearted people.

And you helped them.  Luckily for you, King Stephen is a just and caring monarch, and in his beneficence he has decided to offer you a second chance.  He has confiscated your lands and taken your spouses and children hostage, but if, and only if, those three men die they will be returned to you and you will be restored to the community of the realm.

The first of these men - your first target - has fled to Devonshire and has begun fortifying an old ruin there.  His name is William fitzWilliam, and he thinks he is safe behind his timber and plaster walls.  Show him he is wrong.

News from Devonshire
The King has sent you to the small manor of Sir Bartholomew, a doddering old man who performed some forgotten service for the late King Henry.  He and his daughter have accepted you only begrudgingly into their household.  However, their manor has recently been plagued by a number of "accidents" and missing cattle, and they would perhaps be grateful if someone were to find the cause of these incidents.

The peasants of the manor claim that at least some of the ruckus has been caused by a strange beast who lives in a nearby cave.  They would avoid the place, but near the cave is a clear stream which is one of the few places they can get water and wash.

A holy man known as Neel the Black Monk has gone missing.  He is known throughout the shire for his miracle working relics, which he claims to have gotten in far off Jerusalem.  Since he has stopped making his rounds, peasants across the whole of Devonshire have petitioned the sheriff to find him, fearing he may have been beset upon by ruffians.  He has not, as yet, answered their requests.

The sheriff of Devonshire is looking for men willing to help him rid the area of bandits.  It would be good to have someone like the sheriff and his men on your side.