Star Wars: War on the Frontier

This is a revamp of my War on the Final Frontier campaign for Star Wars.  I did a Star Wars pitch after seeing the Force Awakens, so it seems natural I should do one after seeing Rogue One. 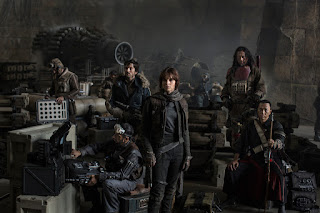 The year is 5 BBY.  The Galactic Empire is approaching its zenith and the Galaxy is in the midst of the Dark Times, but the Empire has not yet gained control of certain corners of space.  The Outer Rim, ever lawless and independent, has proven a tough nut to crack, even for the crack Imperial Navy.  However, their expansion into this region has been aided recently by the acquisition of nine systems known as the Habin sector, after its capital.  This sliver of space will prove vital to imperial operations as it will serve as the primary root for materiel from the Core and also has an industrial planet of its own.

The players are members of Rebel Intelligence.  Their mission is to head to the Habin Sector and make contact with any criminal organizations or potential rebel cells there.  They are to persuade these entities to join the Alliance or, failing that, make sure that they are sufficiently indebted that they can be relied upon for "favors" in future operations.  As a secondary goal, they are to sabotage whatever Imperial projects they can, but not at the expense of the long term operation.

Their cover is to be bounty hunters and merchants in the hope that this will provide them an "in" with meeting the local criminal organizations and give them significant room to move within Habin society.  Execution of the functions of these covers will be necessary to maintain them, but in a sector so close to the Outer Rim, it should be easy.  The players are encouraged to remember that the long term mission of alliance building and intelligence gathering is paramount and will require sacrifices.

Rebel brass believes the first organization you should contact is that belonging to Borba the Hutt.  He supposedly operates out of a deep space station known as Goti Station, but its current whereabouts are unknown.  An informant has promised to reveal its location for 10,000 Imperial Credits.  He wishes to meet at a warehouse on Habin.

Notorious murder and criminal Dr. Evazan has been sighted in the system and both Borba the Hutt and the Imperial Security Bureau have placed sizable bounties on him.  Interestingly, the ISB bounty specifies that he must be brought in alive.  Getting the bounty for him could prove useful for future operations in the sector, but he may know information that may be useful to the Rebellion.

Spies at a listening post within the system report that the garrison on the fortress world of Dostroth has been recently reinforced, and rumors persist that it is due to the arrival of a high-ranking Imperial official.

News from the Dark Country: December 1392 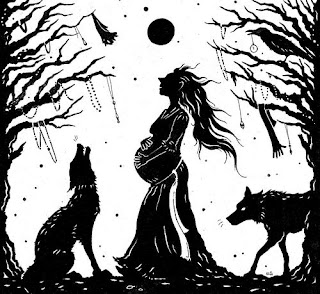 It appears the situation in the Fog-bound Forest is worse than was previously feared. Baltzer the Bold, in his attempt to disperse the pagan rebels in the south, uncovered a diabolic coven within Blackleg itself! Under torture, several members admitted helping the wharwilfs and witches of the Fog-bound forest in some ritual meant to bring about a cursed Anti-savior sometime this month! Burnings and hangings continue.
Also from Blackleg, news has come that Arn's wife has given birth to a son, conceived before his death. The child is to be named Arn II of Blackleg and Baltzer the Bold is to continue to act as regent.
A Van Toad Merchant Caravan has arrived in the village. It's sluggish merchants still seem active enough to croak about pig-men, bandits, ghouls, and stranger things along the road north. In addition, they are offering a full set of finely crafted hand weapons and frogling handgonnes for sale if the party wishes to supply the Howling Kommandos.﻿ 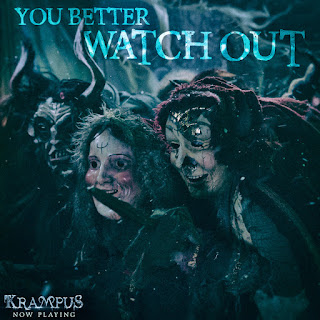 A group of masked figures cloaked in brown rags have arrived in the village. They have caused quite a stir due to the disturbing character of their masks and their furtive activities.
They spoke only to Kozel and identified themselves as some of Father Winter's Elves. There are three of them available and the party may pick whether they operate as men-at-arms or conjure men. They will only be available for the Christmas weekend game.