Yes, I know it should more properly be Anthropophage, but when I hear that I think of an ogre or something. Anyway, here's a monster for Uz. 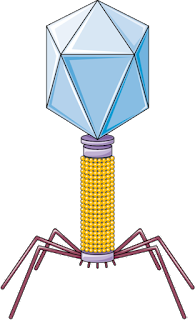 The anthrophage is a strange creature found near certain alien wrecks in the Wastes of Rust.  While comparatively easy to destroy, their ability to reproduce by infecting victims means they are widely feared by the inhabitants of Uz - or at least those who travel into the wastes. They appear as a large dodecahedron atop a shining screw with spindly legs.  Despite their glittering appearance, all of their body parts are organic.Anthrophage

The Devil You Know 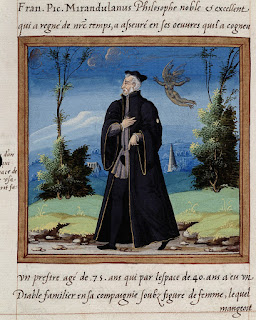 Familiars in the World of Nightwick are bestowed once a pact has been made with a demon. They evil spirits that possess the bodies of animals.  The animal depends on the demon with whom the magician has a pact. The animal will appear normal under moon and starlight but grotesque and diseased under the light of the sun. Hybrid animals, such as awful rats, or goblin-shaped humanoids are sometimes used, though these make the magician's allegiance to the Pit much more obvious to witch hunters.

The animal must be provided by the magician. It must be named, anointed with holy water (as though a child), and cared for for one moon. On the night of the moon most associated with the pact-giving demon, the magician must slay the animal.  Thereafter, they must light incense and burn 1hp worth of blood and then provide a bowl filled with half their hp in blood. The burned blood, which attracts the spirit, can be from any creature but the bowl must be from the magician.

Soon the body will begin to stir and will then move to drink the blood from the bowl. Thereafter it will be bound to the magician, granting the following benefits:


However, having an evil spirit as a companion also imposes a number of problems:
A familiar spirit will never use its attack in defense of its master, only itself, but may cast spells on their behalf; however, they only do so rarely, since if the magician dies their soul is sent to the Pit and the familiar spirit's evil mission completed.

Regardless of the type of animal they resemble, all familiars have the following statistics.


If you want an interesting form for your familiar, head over to my patreon and check out the most recent post to see the Awful Rats with stats for OSE and art by Chris Huth.

Edited to include some critiques from Gavin Norman, author of OSE.
Posted by Evan at 9:53 AM No comments:

I've gotten several comments asking when y'all will get access to Nightwick.  Well, the time is now! I have set up a patreon with Chris Huth doing layout and art for the entries. We decided that the current state of the text and my current situation of unemployment meant that a steady stream was preferable to the big wad of a Kickstarter. There may still be a kickstarter when the first three levels are completed.  We've also decided to go with Old School Essentials for the rule set.

The first post, which is available to everybody, explains how I use geomorphs in the infamous shifting dungeon.
Posted by Evan at 5:38 PM No comments: