Da Qin and the Lands in the West

West of the lands we know - west of the Anxi who the Greeks Call the Persians, west of the Lands Above the Sea where bearded men make offerings to strange gods atop their high ziggurats, west even of that Land West of the Sea whose king once road his golden barge across the sky and into the land where mortal man cannot go - there is Da Qin.  Da Qin is the sister of the Middle Kingdom and its achievements rival or surpass those of all other nations.

Scholars believe that the kingdom of Da Qin was founded by exiles from the Middle Kingdom who had studied the Way and the teachings of the Great Schools and thus they made themselves masters of the peoples of the west - the Greeks, the Zensani, the Purple-men, the Men West of the Sea, even the Painted People of the lands far to the north became their subjects.  These conquered peoples are administrative by the Great Clans, a hold over from the days before the First Emperor that still survives here in the Land of Rivers and Lakes.  It is from these Great Clans that the king is selected, and he serves with the Mandate of Heaven.  In the center of the capital is a great fire that priests of the Imperial Cult believe shows the will of Heaven.  Should this fire go out, the king must step down and a new one must be selected.

There are five great cities in the capital province.  Four of these are controlled traditionally by two Great Clans each, and these clans have temples to their gods and ancestors and particular rites and arts that are kept secret from the uninitiated.  These clans also provide the governors of the various provinces and client kingdoms of Da Qin.  Many of the rulers of these clans claim descent from Da Qin's original founders, but this is likely a dubious assertion.

The fifth city is the capital itself, which only members of the great clans may enter.  They bring with them the worries of their people, whether rice farmers or courtiers or generals.  The king appears once a week to accept these, wearing the traditional regalia of his office including the strange, golden headdress which obscures his features beneath a great pyramid.  He then reads through each, though being a follower of the Way he is known to rule with a light touch.

The ways in which these people worship would be considered greatly heretical in our own land.  The conquered peoples of Da Qin have brought their own deities into that kingdom and it has mixed with the proper forms of worshiped outlined by our ancestors in a riotous way that is difficult to comprehend.  There are a preponderance of cults, pantheons, and heroes that are worshiped in addition to the ancestors, and none of these beings seems to have a place in what we know of the Celestial Bureaucracy. 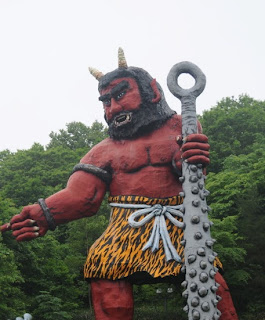 They also practice many arts which are unknown to us, such as the nurturing of the so called "ancestor worms," the making of bark into armor and cloth, and the use of the Sacred Tortoises.  Those who have seen this last ritual in practice have stated that the strange scholars of Da Qin in their high crowned hats and ensorceled robes follow around enormous tortoises of great age that have been inscribed with "the Sacred Runes."  They make careful notations of the movements and habits of these tortoises, some of which are too intricate for all but the most studied eye to notice - or so they claim.

The areas between the cities of the capital province are untamed - excluding of course the rice paddies and terraces that immediately surround these cities and provide them with sustenance.  It is said that not even bandits dare live in these wilds, for the threat of beasts, and strange beasts who walk as men, is so great that those traveling without a large armed accompaniment are likely to meet untimely ends. This is not to say that there is no crime in the land of Da Qin, for it is also said that the Great Clans support their own gangs and ominous secret societies designed to pursue their political ends.
Posted by Evan at 12:52 PM No comments: