Unfocused Thoughts on the Fyrdlands

For a bunch of reasons I don't want to get into I wrote a new setting that would allow me to hand someone the PHB and make a character without my telling them X or Y thing was off limits.  It started out as a C&C project but quickly became a 5e one for more reasons.

Anyway here's some stuff to know about it and to help me crystallize some of the ideas in my head. 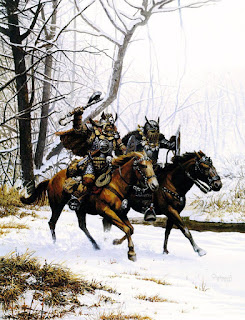 That's probably enough for now, though this one might need multiple posts.