Wilderlands: Tales from the Cutthroat Inn

I was enjoying the Wilderlands so much I decided to run it for the online group too. Here's a summary of the first two sessions. 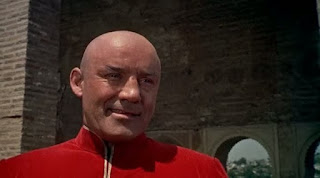 An assembled group of adventurers at the CUTTHROAT INN, including the wizard ZINDAYA IZMICHI, the thief KHURSHID THE CONTRARIAN, ANNAPURNA OF THE DESERT, a monk known only as THE PACT IS SEALED, and the wood elf SWEET LEAF were hired to escort SALASSIM THE MAGICIAN to an unnamed local in the CLOUDWALL MOUNTAINS. Leaving at dawn in one of the last days of the month of the Sky Woman, the party was accosted on DEAD BROKE STREET by a SINISTER MAN in black leather armor. He demanded that he be allowed to inspect their clothes but balked when they began to disrobe. Since they had "made things weird" he dismissed them and slunk back into the shadows.The party made its way uneventfully to CARAVAN CROSSING, where they rested for the night. Salassim separated himself from his guard, and after he had done so they were approached by a number of "MIND FREAKS." These asked them questions about the wizard and their goal. The Pact is Sealed, being a conjurer of cheap tricks, provided them with a potion he stated would be able to release a demon from its binding, apparently unaware at the obvious hints the strangers gave as to their unearthly nature.They traveled quickly through a town near the ESTUARY OF THE ROGLAROON before resting on a hill near the OLD SOUTH ROAD for the night. They were then attacked by a strange demon whose aspect resembled an insect, a corpse, and a vulture. After some fighting they killed the creature, but its having interrupted their sleep they were unable to gain the benefit of any rest.The next night they stayed in a MANOR in the village of LUCKSTONE, and were again attacked by a similar demon. This they slew, and - since it had attacked early in the evening - they were able to rest and regain some of their spent strength. 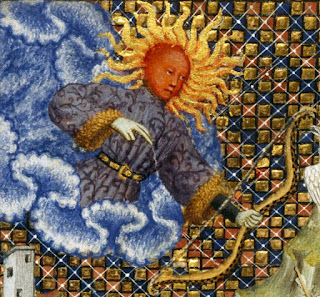 From a mosaic found in the Pylon
The next day they made their way into the cloudwall mountains, a hot and steamy region seemingly teaming with volcanic activity. At the hour of sunset they found a structure they called the PYLON, which Salassim bid them enter. The structure seemed to be an enormous trial of some kind, and wrong moves and attempts to escape summoned a number of FIRE SNAKES. The snakes slew Zindaya, and greatly wounded other members of the party. However, they were able to figure out the nature of the trial and best it, allowing access to a portal to the PLANE OF FIRE. At this moment Salassim appeared, gave Annapurna a MAGIC LAMP and then stepped through the portal. Shortly thereafter a great deal of smoke issued from the portal and wound its way into the lamp. Annapurna debated rubbing it but was advised against this course of action. Completing the last room of the trial, they removed some decorative stones from a brazier and exited into the last night in the month of the Sky Woman.

Wilderlands: Terror in the Temple of the Toad

...Or How the Fumbling Four became Two 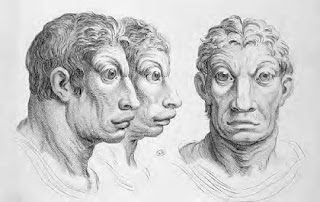 When we last left the Fumbling Four, they were removing a stone panel from the wall of a tomb in the Palace of the Toad Cult - a black pyramid in the Mermist Marsh.  Apparently prying the panel off the wall last session attracted some of the pyramid's inhabitants as a group of strangely bug-eyed, slit-mouthed men dressed in bones and reptile skin burst through the door to attack the intruders.  They threw spears and then rushed into melee, catching the party off guard and dealing some significant wounds; however, they could not stand before the Four and were slain to a man. 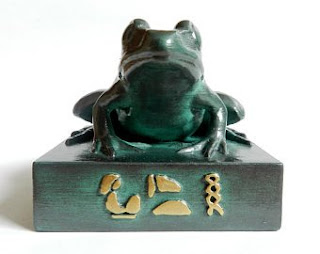 Since members of the company were injured, they decided to rest in the tomb for an hour to heal wounds and to investigate the sarcophagi.  Paelias and Cyrus opened the sarcophagi with crowbars while Tancred and Namira rested a ways away.  The wounded members feared the sarcophagi would hold some kind of trap, and thus they wanted to not be nearby when it triggered.  They were, in a way, correct, but the trap was only metal teeth under the sarcophagus lid which were avoided by the use of the crowbars.

The interior of the sarcphagi were wet and pink with large mucous membranes stretched over their occupants.  Cyrus and Paelias each cut one open, revealing almost skeletal corpses whose eyes still registered terror and pain as though alive.  Paelias stabbed his in the head - which caused the skull to disintegrate - and removed an iron khopesh of Orichalcan make.  Cyrus found that his occupant was a skeletal woman with gold bangles around her arms.  These he sought to remove while being watched by the frightened corpse.  Namira, who had come over to investigate after no explosion had torn her companions asunder, stabbed the corpse in the head as Paelias had done.  Cyrus and Namira then debated the merits of such action, since the nature (or even reality) of the corpses' suffering was unknown and the panel had said they deserved it.  Namira believed the end of torment was a good regardless of who was being tormented.

Traveling on, the Fumbling Four found a set of stairs leading beneath the pyramid.  Despite knowing that more danger would lurk closer to the heart of this sinister fane, they descended.  Shortly they encountered two enormous toads, each seated on a dais.  These leapt from their positions and attacked.  A brutal combat ensued in which Tancred was knocked unconscious and Cyrus and Paelias were both devoured!  Namira was able to finish off the last toad and, upon healing Tancred, the two cut the bodies of their friends from the toad's stomach.

Despite being weighed down with the bodies of their comrades and treasure plundered from the tomb, the two remaining members of the Fumbling Four returned to the City State without further incident.