The City State of the World Emperor is surrounded by a great, green-stone wall and dominated by the equally green palace of His Piscine Majesty and temple of Mer Shunna.  These, and other temples to the chief gods of the city, form a large square in the south of the city.  From this square run great avenues that divide the city into its various districts and quarters.  Between these avenues run various side streets and allies that give Viridistan the appearance of a tremendous spiderweb.

Below are description of the city's main quarters.  Note that individual streets within these quarters will often contradict the general description provided here, and it is not uncommon to find extreme poverty in some of the older areas of the Noble Quarter or opulence in the Seafront.

The Temple Squares
As mentioned above, the southern portion of the city is dominated by a series of connected squares and plazas, themselves dominated by temples to various deities.  Hypothetically, these squares should be the most open areas of the city, but they are so often thronging with the ecstatic members of various faiths, as well as those visiting the farmers markets, that is usually quite difficult to move from one side of the plazas to the other.  The other major feature of these plazas is that they lie ever in the shadow of the fortress-palace of the World Emperor, a green-stone building of a size that rivals the Mer Shunna temple.

Example Place to Rob: Temple Tempter - this temple to Nephtys, goddess of wealth, acts as both temple and bank, though rumor has it that its vaults are currently filled with giant spiders, the result of a strange heresy best discussed elsewhere. 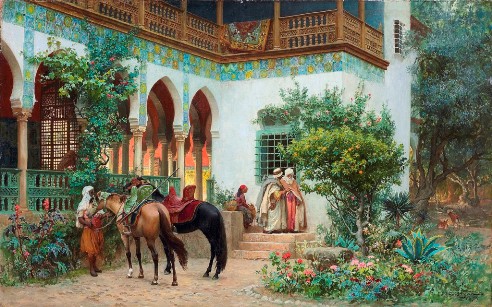 The Noble Quarter
To the East of the Mer Shunna temple lies the Noble Quarter, which is comprised of a series of small palaces, townhouses, gardens, and the various service industries the decadent nobility of such a city require.  The design of these structures, with their courtyards, adjoining servants quarters, and in some cases private menageries, mean that this quarter takes up a disproportionate amount of the city's acreage.  However, even with these lavish structures, there are still many pockets of poverty - old palaces converted into tenements, neighborhoods designed only for slaves, etc.

Example Place to Rob: The Apothecary - the nameless apothecary shop where the Noble Quarter meets the main Temple Square is known to but a few in the city.  It's proprietor is a mysterious hooded man, though it is well known - well, well known to those who know of him in the first place - that he rarely spends any time within the shop.  The classification of it as an "apothecary" is, perhaps, inaccurate and certainly belies the many magical wonders to be found within. 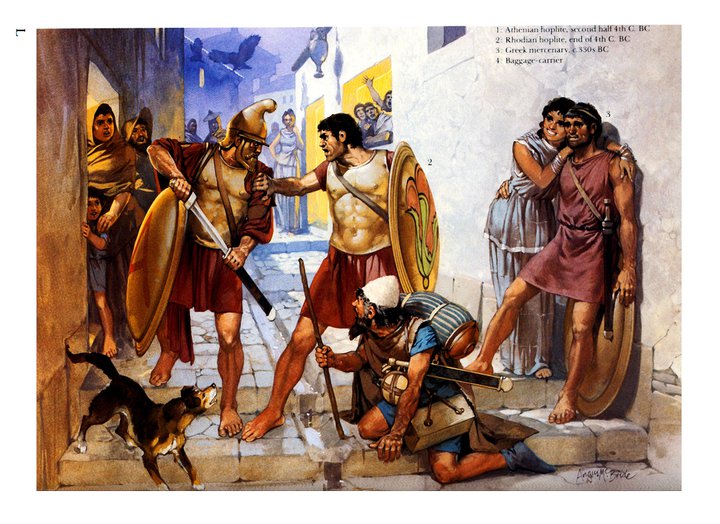 The Military District
North of the Noble Quarter is the Military District, a mix of barracks, military-service industries, and tenements for out of luck ex-soldiers.  The tenements are sometimes purchased by up and coming mercenary companies and turned into makeshift fortresses.  Brawls are almost as common here as fires, due to the animosity between the Viridian, Ghinorian, and Tharabian troops.

Example Place to Rob: The Green Warlords Armory - The Green Warlords rival the Imperial Guard in terms of prestige within the city.  They are, in essence, a Viridian-only mercenary company in the permanent employ of the God-Priest of Armadod-Bog, who just so happens to be the World Emperor.  Their armory is filled with alchemical weapons of various designs, as well as weapon-relics said to be from the Uttermost War and the days of the First Men.  It is also well known to be heavily guarded, and not just by men. 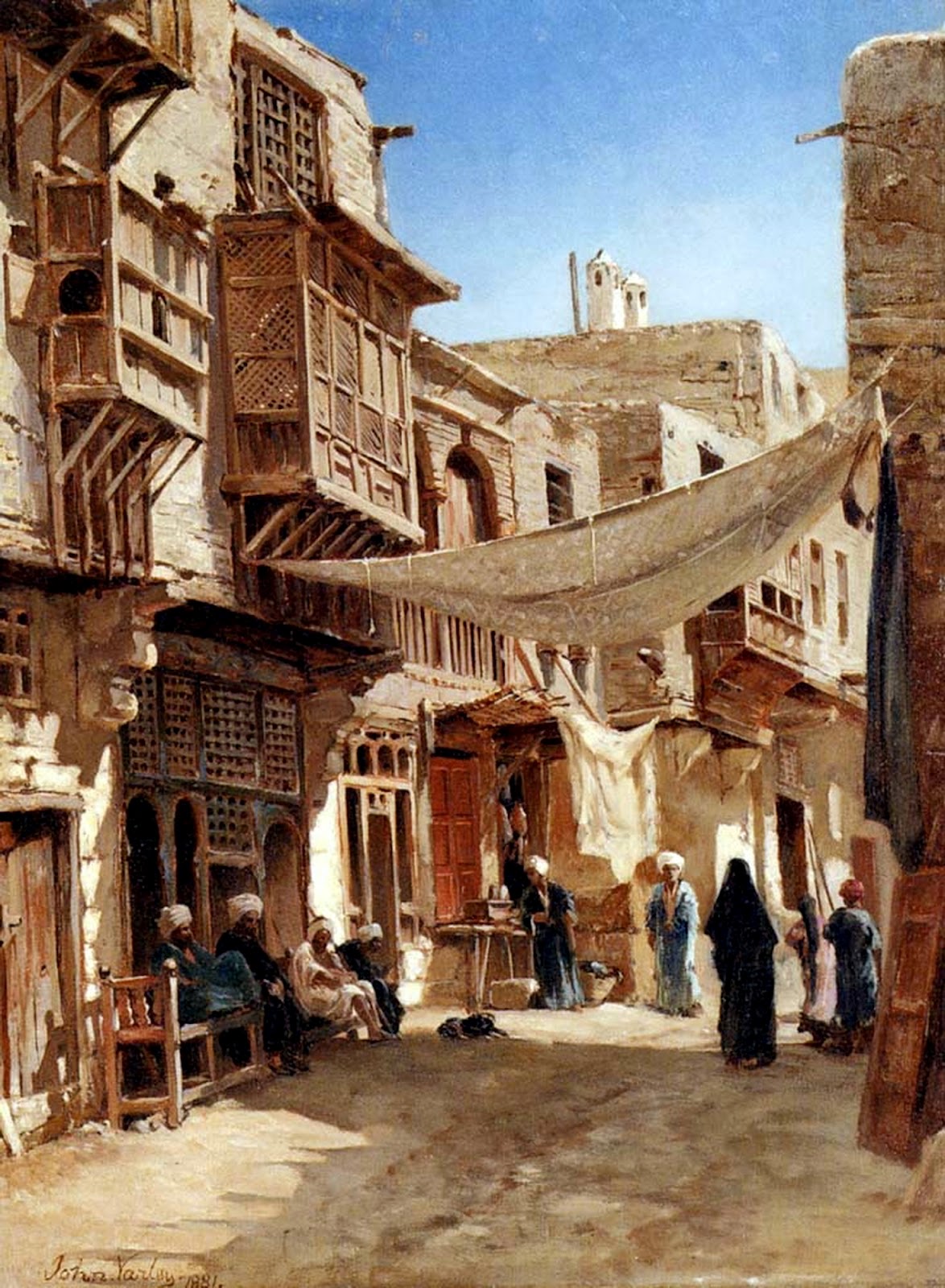 The Guildsmen Quarter
The Guildsmen Quarter is a thin strip that of what passes for a middle-class  neighborhood in the Wilderlands.  As one would suspect, it houses the members of various guilds, both mundane and arcane, as well as their supporting businesses.  Each street and alley that pierces the quarter is named for a particular guild, though oddly the vagaries of time mean that the guild present and the street name often become disassociated.

Example Place to Rob: The Ravishing Bazaar - While some may think of this place as a glorified toy store, this house of curiosities and amusements contains wonders which, while not particularly practical, are often valuable to the right kinds of perverts. 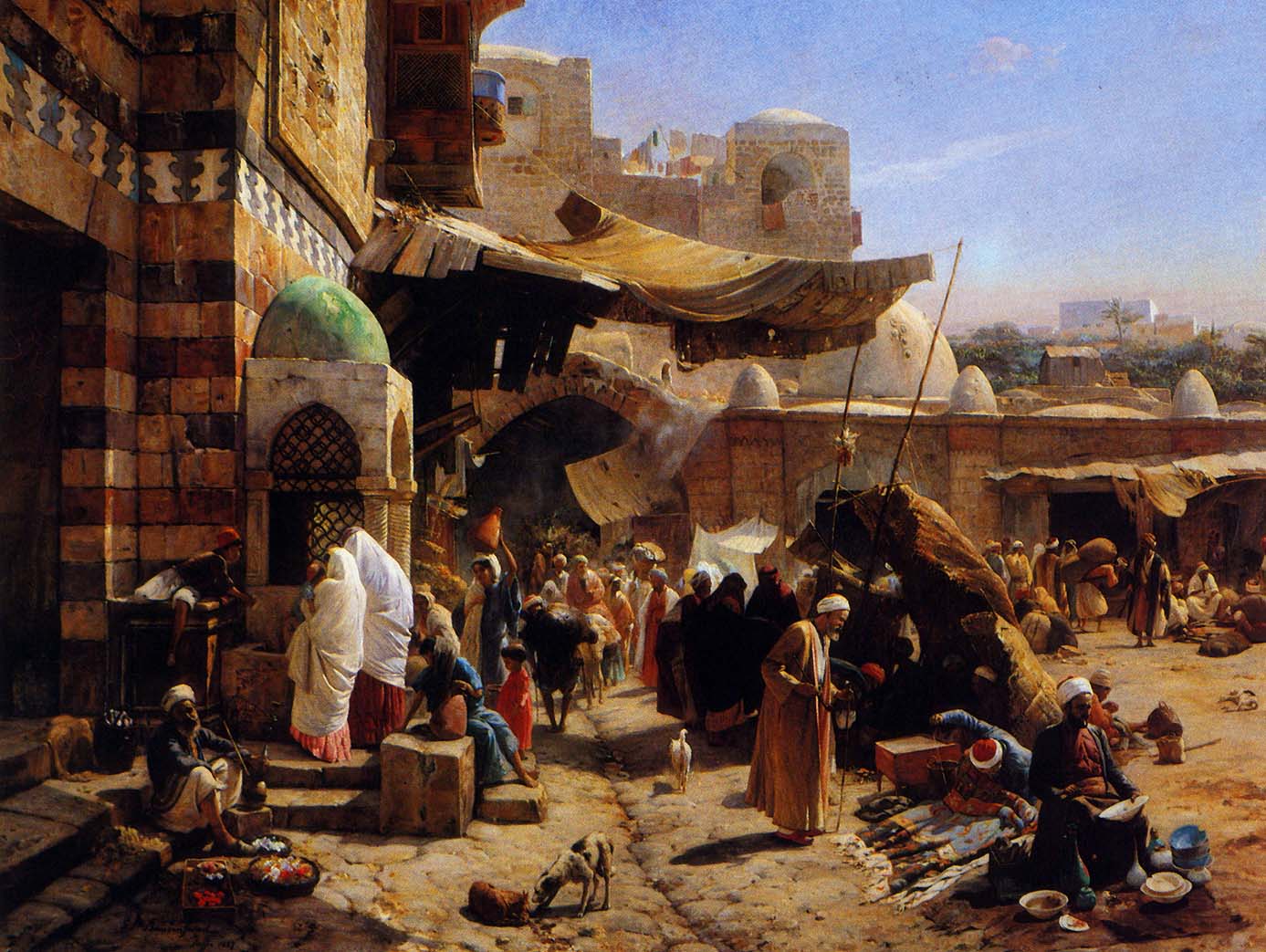 The Merchants and Thieves Quarters
These quarters, while technically separate, are so intertwined that it is impossible for those not native to the city to distinguish them.  The Merchants Quarter is closer to the Temple Squares, but the characteristics of both - poor houses, raucous bazaars, hawkers of fine crap, and, of course, thieves - are common throughout.  Like the Guildsmen quarter, most houses and businesses are multistory mudbrick affairs, though the slightly higher percentage of wooden structures makes fire a constant problem, as it is in the Military District.

Example Place to Rob: The Slop and Hop - it is a well known secret that this local tavern serves as the headquarters of the "thieves' guild," though whether or not such a thing exists as a unified front is debatable.  Regardless, the thieves who operate out of the Slop and Hop supposedly store their goods beneath the tavern while looking for a good fence, so it may be a good place to rob the robbers. 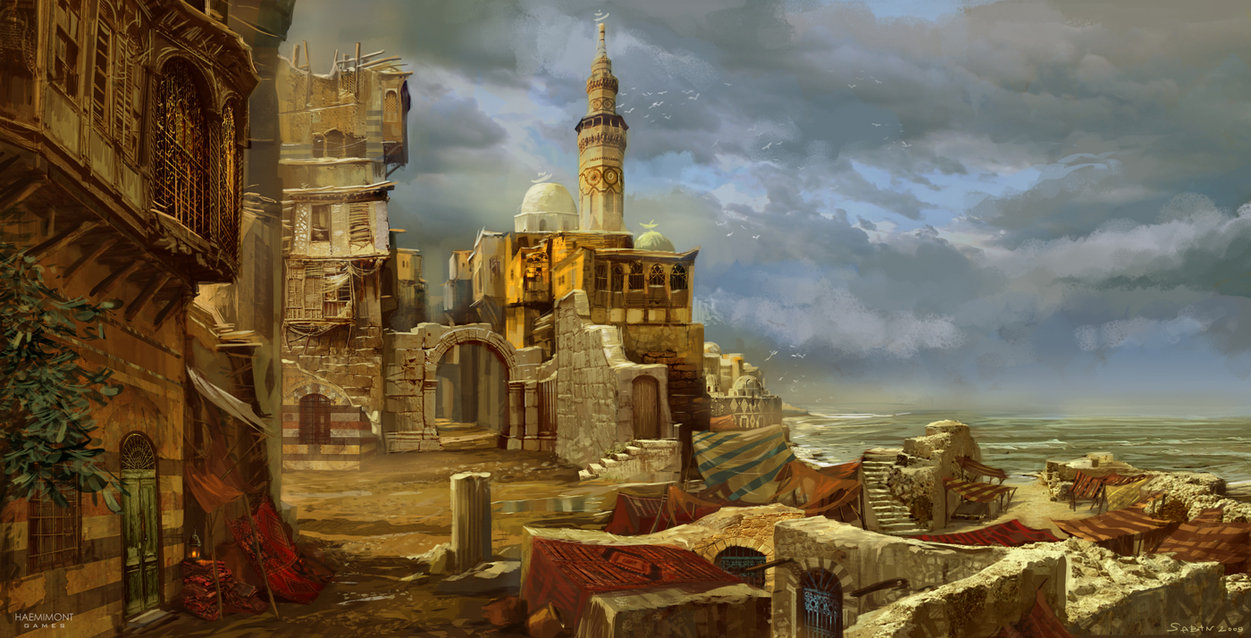 The Elephan Quarter and Seafront District
These quarters are easier to differentiate than the Merchants and Thieves Quarters, but are similar enough that they may be discussed together.  The Elephan quarter lies south of the Merchants Quarter, just below a fairly steep escarpment.  It is a ghetto for the city's Elephan population, and thus is perhaps the worst maintained area in the city - more for the neglect of the city officials than any villainy on the part of the Elephans.  It merges with the Seafront District where an artificial channel has  been created to serve as a docking place for ships.  The Seafront District is almost equally impoverished, but more often houses foreigners of various sorts.

Example Place to Rob: Spice Warehouse - Viridistan is known as the City of Spices, and the Mer Shunna temple holds a virtual monopoly on the procurement and sale of these valuable items.  An enormous warehouse, constructed where once several Elephan families lived in terrible conditions, dominates the northern end of the docks and houses much of Mer Shunna's wealth.