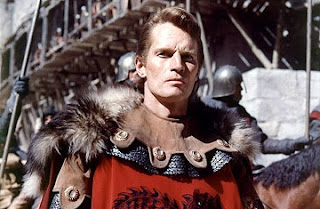 This post is inspired by my discovery of the British old school rpg Heroes.  Heroes, for those who don't know, is a more or less historical game set in the "Dark Ages."  The game gives its specific start date as 950.  From what I understand, characters come into a city in the Eastern Mediterranean as mercenaries and ride to riches or ruin, wenching and whoring along the way.  It sort of sounds like Warhammer before Warhammer, and that's alright by me.

I'll never see a copy of the thing.  It was printed by a hobbyist in England in 1979 and it's about as rare states' side  as you might expect given that background.  To paraphrase gamer par exellence Jeff Rients, since I can't find the post to quote it: if you want an rpg product, make a list of the reasons why and then make something that does those same things yourself.

I like grit and grime as much as anybody, and the idea of playing rogues and skullduggers in the Middle Ages isn't just right up my alley, it is my alley.  So heres more or less the premise: you're a party of scumbags, looters, and preachers who wind up in the declining Byzantine outpost of Zenopolis.  Zenopolis lies on an island somewhere in the Mediterranean that is being fought over by numerous factions both real and fictional.  Your goal is to more or less play them for what they're worth in an attempt to pay for your rock n' roll lifestyle.

To start with I'd use the S&W White Box, but I'd hopefully add so much to it that it eventually turns into its own game.  That seems to be the way most early rpgs were developed and my fevered imagination has romanticized the process enough that I want to try it.

The most immediate hurtle I see is character types.  I'm not entirely sure that magic would exist in this setting (since it's a fictional island in a real sea), so I'm unlikely to allow Magic-Users and Clerics as starting characters.  I'd still need a way to differentiate unwashed ne're-do-wells from one another.  While I'm usually of the opinion that D&D has enough character differentiation, it definitely doesn't if you remove two of the three classes.  I may implement a RC style general skills system, or come up with something new altogether.  Who knows?

The working title is Once Upon a Time in the Mediterranean, though that may change with the wind.  I'll post any updates on the project here.
Posted by Evan at 12:23 AM