Here are some more postapocalypitc maps.  These are intended for use with Mutant Future, instead of something darker.

First I took this map: 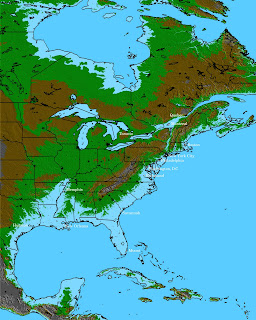 click to embiggen
It is a map of the North America after a bout of catastrophic global warming.  I believe it was created by the same people who did the one I used for the Dark Country, but I'm not sure.
Anyway, next I got the map more centered on the area I thought was most interesting.  I then roped off squares that in order to help me make the type of large wilderness map I typically make.  Here is the result: 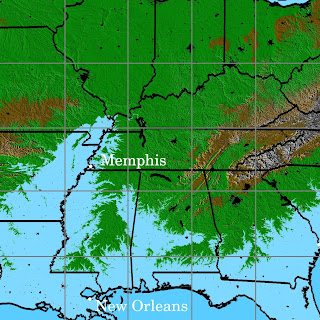 click to embiggen
Next I mocked it up in Hexographer.  I added some rivers which aren't apparent on the main map.  Gray is hills, dark grey is mountains: 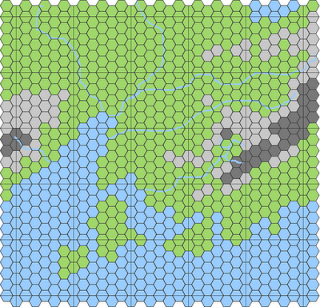 click to embiggen
It was difficult for me to pick which area to enlarge and make into the first region.  I couldn't pick between the Mississippi islands or the Knoxville area.  I finally picked East TN since it provided a more diverse landscape. 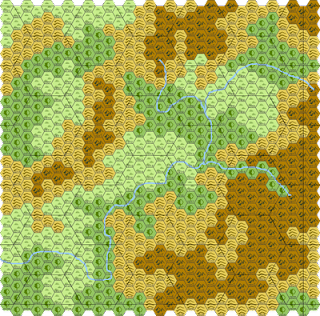 click to embiggen
Obviously this looks quite different from my earlier map of the same area, and I believe the first one was more accurate.  I figured whatever caused the Mutant Future could be responsible for much more dramatic changes in the landscape than a more "plausible apocalypse."
Finally I set about stocking the thing.  I did this a bit more literally than I usually do, following Welsh Piper's system and my my own tables more rigidly than I normally would.  The big exception is the blast site.  Heres the result: 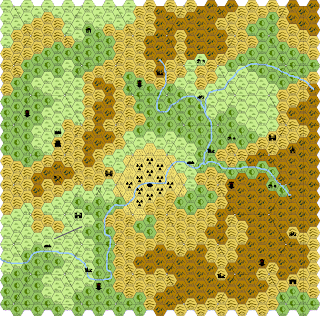 click to embiggen
Quite a bit of adventuring to be had there.  I might do a similar map for the Mississippi Islands in due time, but if I need to run a post-apoc game in the near future it's likely I'll use this and Mutant Future.
Posted by Evan at 8:20 PM