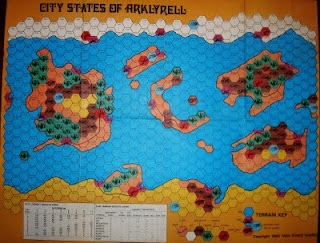 Jeff Rients, who I imagine needs know introduction, recently commented on the suitability of City States of Arklyrell as a campaign map.  One of the commenters, rorschachhamster, suggested that the setting could be in the twilight zone of a tidally locked planet in order to explain why there is so little space between the frozen north and the desert in the south.  This fired my imagination pretty much instantaneously so heres some notes on how I'd use the setting. 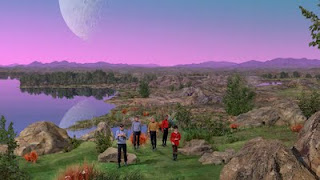 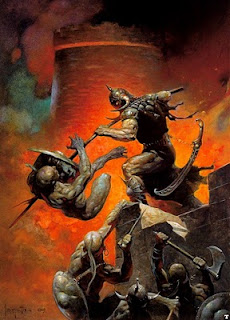 Thats it for now.  If I think of anything else I might post it.
Posted by Evan at 3:29 PM