These two undead are commonly believed to be creations of the Baroness. 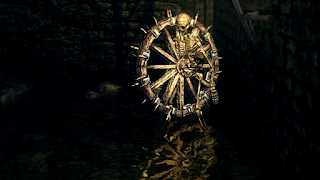 Broken dead  are the victims of the Baroness's torture on breaking wheels. Forever locked in their devices of death, they are enchanted to roll around and use their breaking wheels to attack intruders into the abbey. Sources from the siege of the abbey speak of the horrific absurdity of their rolling by and crushing men to death; all the while their skulls open wide in a wordless scream of ecstasy and pain. 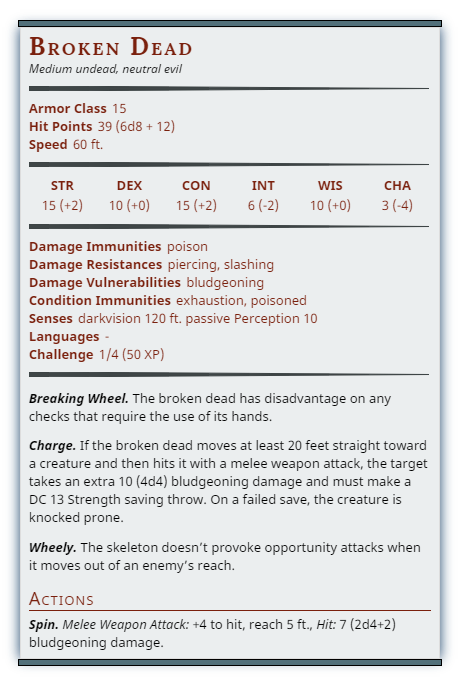 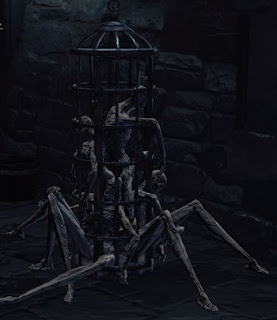 Caged ones are a bit of a misnomer, as their hideous bodies are an amalgam of victims forced into a gibbet whose bodies fused together in the process of decomposing - whether by natural or unnatural means is unknown. It is likely that these poor victims waited in their camped cages awaiting the tortures of the Baroness and her cronies, not realizing that their confinement was, itself, the torture. 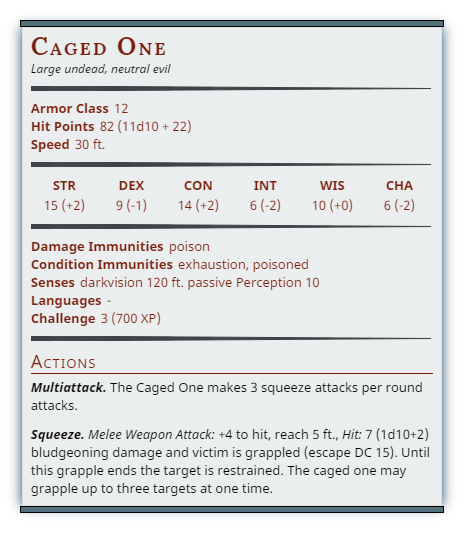