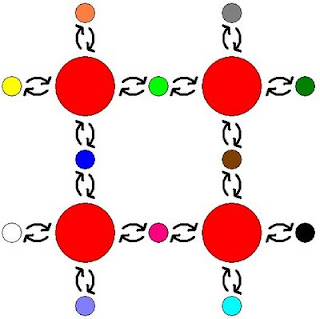 Many of you may remember Jeff Rients's 2007 post What is a campaign?  In it, he provides a model which is by and large dead.  However, it doesn't have to be.  While reading over Rythlondar it occurred to me that the player base just doesn't exist anymore for that kind of game.

Except it does.  We have Google+ now, and Constant con.  Imagine a world where every OSR community blogger either runs their own campaign dungeon or setting that everybody else plays in from time to time.  It's admittedly a bit far fetched, but I will say it would be totally awesome.
Posted by Evan at 8:58 PM