Who's Who in the Howling Kommandos

I was planning on doing a few recaps of the past months of play in Nightwick with the online group, but it made me realize without some background on them you would be unlikely to know what's going on. Here are the PCs I refer to as the leadership of the Howling Kommandos: 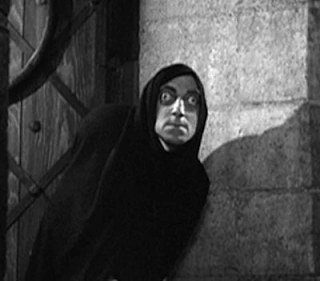 Abraham Nermal is a grave-robber turned landowner. He is also a hunchback, as is traditional in his original line of work. He owes his immense wealth to Nightwick Abbey, which he hates. He "knows" the Abbey is alive and continues to adventure there due to his hatred for the thing. He has taken a shine to Aythe, Halfdan the Black's daughter, but the necromancer has urged his daughter to rebuff any of Abraham's advances. Abraham bears a striking resemblance to the King of Karse, which is immediately noticeable to any Karslishman. He is an 8th level rogue. 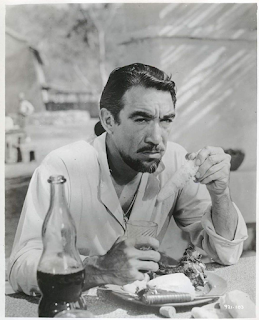 Stavros Chrysophylax Balsamon is the de facto commander of the Howling Kommandos, ever since Sergeant Udo disappeared several years back. He has adventured in Nightwick since 1389, and on his first outing to that terrible dungeon he was dealt a mortal wound. A cleric named Deodat, now deceased, saved him from death. The combination of this miracle, Deodat's own untimely death, and the horrors of the Abbey have driven Stavros mad. He sometimes manifests a second personality - St. Deodat - who is quite fanatical in his heresies. He is a 7th level fighting man. 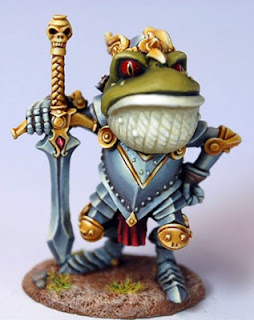 Frederick Bull is a fighting frog who, in addition to the Howling Kommandos, often serves as a guard for the van Toad Trading House. He is known for his gaudy Sword Brother plate which depicts the various torments of the Pit - custom fit to him by local blacksmith Duncan. He recently returned from a stint in Hoppland where he had some amorous adventures, and is a bit upset that he missed out on much recent action. 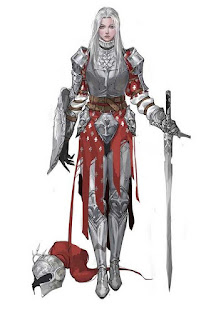 Johanna d'Ligne is a cleric of the Law from Averois. She is giant in stature, towering a head above the rest of the Howling Kommandos, and is known for her great strength. Her ability to locate object recently proved very useful during the campaign for the Witchfort (summary posts coming). She lost her left arm due to a conflagration created by a member of the Cult of the Ever Watchful Eye. Since then she has had it replaced with a franken-arm made by Halfdan, only later realizing that he was a vile necromancer. She is a cleric of 5th level. 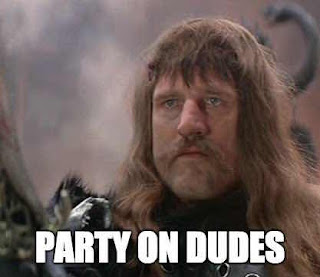 Uein of "Nordovulgaria" is a folk hero and exile from the land of Vulgaria. Formerly the land was a group of petty princedoms called the Iron Kingdoms, but recently a High King was elected and united the land. Uein refuses to recognize this blackguard's claim to the throne and so has made his way to the Dark Country to avoid persecution. He is known as a leader of men, often advising Frederick and Stavros when to strike rather than attacking himself. He is a Fighter of 6th level. 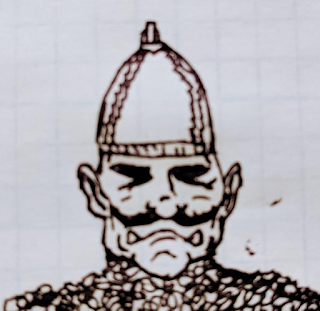 Janos Balazsfi is a foul changeling who has renounced his fairy lineage - which he has good reason to resent - and instead become a warrior priest of the Law. He is a servant of St. Gax who has come to put an end to the evil within Nightwick Abbey. He is a cleric of 2nd level. 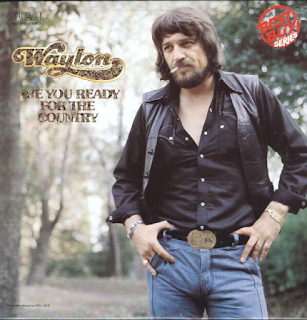 Whelp is a friend to the common man and musician of great skill. He was there at the founding of the Howling Kommandos - when the then unnamed party slew Big Jean in the Great Swamp near Lychgate and captured the initial recruits - however, after a trip to the Witchwood with former member Flint of the East Wood (now deceased) and another potential recruit, he was lost for many years. After recently aiding the party with gathering their forces to retake the Witchfort, he has hit the road again and his whereabouts remain unknown. 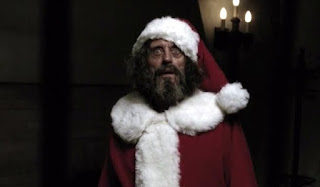 Kozel is a cleric of the Law who has dedicated his life to the cult of Saint Santa Claus. He has done quite a bit of mental gymnastics to justify his favors for the Old God Father Winter - who he believes to be the Saint - and his servant Knecht Ruprecht. He has also played a part in foiling various invasions by Arnawald the Black Eagle of Waldheim, first by awakening Father Winter and then again by placing his name back on the Naughty List. His being part of the Eastern Church allows for more leeway with these heretical acts, though puts Bishop Notker the Unshaven in an awkward position since he has yet to try him for this heresy. Kozel's level is unable to be currently determined as his whereabouts are unknown.