A Monster to Eat Children: the Rawhead 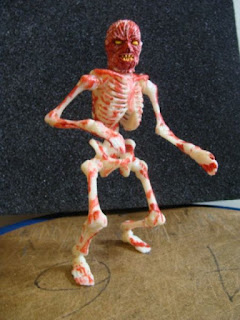 Rawheads are a hideous form of undead created when a particularly vile wizard or warlock dies before their familiar. If the body of the caster is left too near the familiar, they will fuse together in death, creating a strange hybrid with the bones of the caster topped with a rotten and bloody version of his familiar's head.  For some reason unknown to all this process also enlarges the creature, making it 10-15' in height.

They sustain their putrid unlives with the flesh of liars - preferring children to all other prey. Their ability to sense liars and mimic their loved ones means they typically act as ambush hunters, and their invisibility allows them to hide in a wide variety of environments.  However, they rarely go further than 6 miles from where they had their lair in life. 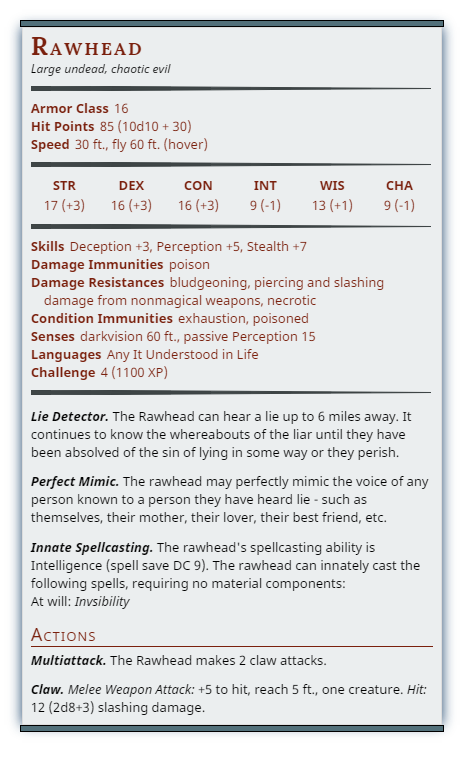